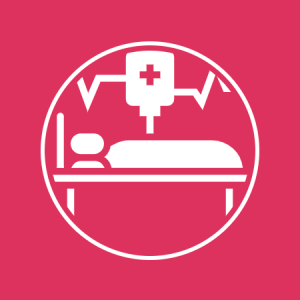 Why 996? The vicious circle hypothesis.

Step.1 — (cradle, budding) | | | Because of the busy business needs or special positions, large factories sometimes have to work overtime outside the contract, initially most of them should abide by the law to pay for the corresponding delay.

Step.2 –(beginnings) | | | With the sweetness of corporate earnings, business is also growing in demand for greater and more variable demand, some enterprises expand enrollment, some enterprises choose to continue to require employees to work overtime and try to implement a working system.

Step.3 — (Growth, Diffusion) | | Because of the implementation of large factories or competitive enterprises, the business gap has been widened, and the industry began to learn from the leading companies, which gradually evolved into a popular means under the dual stimulation of saving labor costs and expanding the benefits of enterprises. And in the transmission of versions are constantly added to their own ideas and colors, more reasonable, more provocative, more disorderly, more forceful.

Step.4 — (Spread, Fission) | | | Under the relatively severe economic situation, more enterprises have found a reason for the implementation of 996. If they do not implement, they will go bankrupt, while many enterprises will go bankrupt, resulting in a large number of unemployed laid-off workers, causing social unrest. Then 996 gradually spread to the whole industry, small companies look at the practices of large factories, but can not look at the human resources of large factories, so blindly learning, whether or not it has economic benefits, 996 has become a standard matching, become a symbol of the company’s flourishing development. At the bottom of the industry, efficiency is no longer the starting point, but more cost is the starting point. No one will pay attention to whether fireflies glow during the day. They begin to pay no more directly and try to implement more extreme systems such as 007.

Step.5 – (rage, destruction) Internet + trend has spread to all walks of life. In the process of continuous integration, every industry has begun to accept the Internet gene. Behind the digitally oriented economy, we can not see the joys and sorrows of individuals. The more and more intense 996 has gradually become general knowledge. Everyone is living under the same 996 and 007 conventional systems, and the industry phenomenon has become a social phenomenon. The working value of collective society is constantly being extracted and transformed into the resources in the hands of the upper class. The rich and poor are extremely polarized. The upper class can not see the darkness in the bottom corner. With the development of time, the upper class and huge surplus resources are no longer treasured in the hands of their descendants. They have nowhere to go but to be wasted and wasted. At the lower level, under the constant exploitation and unequal treatment, resentment is accumulating, and contradictions between the two sides eventually erupt, which will no longer be the adjustment, but revolution.

Contradictions will eventually erupt if there is silence, inaction, non-adjustment no change. It’s a catastrophe for the whole society.