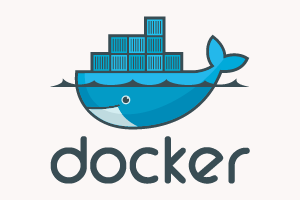 an open-source project that automates the deployment of software applications inside containers by providing an additional layer of abstraction and automation of OS-level virtualization on Linux.—from Wikipedia

Docker is a tool that is designed to benefit both developers and system administrators, making it a part of many DevOps (developers + operations) toolchains. For developers, it means that they can focus on writing code without worrying about the system that it will ultimately be running on. It also allows them to get a head start by using one of thousands of programs already designed to run in a Docker container as a part of their application. For operations staff, Docker gives flexibility and potentially reduces the number of systems needed because of its small footprint and lower overhead.

Why we use docker?

Imagine you are working on an analysis in R and you send your code to a friend. Your friend runs exactly this code on exactly the same data set but gets a slightly different result. This can have various reasons such as a different operating system, a different version of an R package, et cetera. Docker is trying to solve problems like that.

A Docker container can be seen as a computer inside your computer. The cool thing about this virtual computer is that you can send it to your friends; And when they start this computer and run your code they will get exactly the same results as you did.